Cannabis use has been regarded as an effective and holistic treatment for a wide range of illnesses for quite some time. In fact, the first example of cannabis use for medicinal purposes could date back as far as 2727 B.C. The plant is native to South and Central Asia, but it did not take long for its praise to be sung around the world. It’s an understatement to say that cannabis has been popular for quite some time, which probably is what led researchers to wonder exactly why it impacts the body.

Although the research is still pretty new (starting in the mid-1900’s and expanding rapidly today), researchers agree that the effects of cannabis are due to the way that it interacts with our Endocannabinoid System. In fact, we now believe that the ECS holds the secret to almost every medicinal use for cannabis. This discovery, alongside many positive anecdotes, has sent many regular cannabis users out to buy CBD oil.


What Is CBD and Why Is It Significant?

Cannabidiol (CBD) is one of over 100 cannabinoids found in the Cannabis plant. It was discovered in the 1940’s by Dr. Roger Adams, and American organic chemist, when he was able to isolate this single cannabinoid from the many others. Due to a nationwide ban on cannabidiol in the 1950’s, his research did not travel much further. It was instead Dr. Raphael Mechoulam, and Israeli organic chemist, who isolated the compound in the 1960’s and was then able to identify and describe its chemical structure. From there, Dr. Mechoulam worked indefinitely towards advancements based on his discovery.

By the 1970’s, the cannabinoid was listed in the British Pharmacopoeia for medicinal use. Eventually, the topic of legality became a widespread discussion throughout the United States and other parts of the world. Eventually, enough evidence was found to declare cannabidiol of significant medicinal use, which led us to a nationwide legalization.

Even though there was very little advancement concerning CBD before the 2000’s, THC was thoroughly researched. This led to a great foundation for comparison when CBD research took off once again. Perhaps one of the most significant realizations in this comparison is CBD’s lack of psychoactive effects. This allows cannabidiol to be utilized as a medicine without the “high” frequently associated with THC and marijuana. Because CBD produces no high, it is applicable to a wider range of patients, including elderly, children, people with THC sensitivities, and even pets.

Now, CBD with less than 0.3% THC is legal in all 50 states, and research is consistently trying to identify all of the possible medical uses for the cannabinoid. While much more research needs to be done in order to unlock the complete scientific and medical truth, many studies have found CBD useful for treating a variety of conditions.

What Is the Endocannabinoid System?

The discovery of cannabinoids in the cannabis plant eventually led Dr. Mechoulam and his colleagues to the discovery of the Endocannabinoid system. The first link to this discovery was by National Institute of Mental Health researchers, Allyn Howlett and William Devant. In 1988, these two identified a cannabinoid receptor in the brain (of mice) which was dubbed CB-1. This receptor was abundant throughout the brain, specifically in the areas controlling emotions, appetite, motor functions, cognitive functions, and memory.

These endocannabinoids are similar in structure to many phytocannabinoids. Therefore, cannabinoids from the cannabis plant are able to easily attach to CB-1 and CB-2 receptors in the body, which is why cannabis has such a direct impact on the body. But what is the endocannabinoid system responsible for? And how does cannabis improve these processes The Endocannabinoid System Has A Hand In Major Bodily Processes

All of this research led to the conclusion that there is an entire molecular system within our body (the ECS) that we did previously know about. The ECS would have never been discovered without the discovery of CBD and THC in the cannabis plant. Now, researchers have indicated that the ECS controls hundred of bodily functions, like maintaining homeostasis, creating memories, regulating metabolism, appetite, and energy, and stabilizing the immune system.

While more research is being done to identify the full responsibility of the Endocannabinoid System, researchers may have identified a link between it and the following processes:

Because the ECS is so diverse and vital to our health, and because phytocannabinoids are able to bind to our body’s CB receptors, cannabis brings a world of potential benefits to the table. This has influenced many researchers to take a look at the effect of cannabis (CBD and THC) on the processes that are controlled by the ECS.

THC vs CBD Oil Effects on Metabolism and Appetite

It is no secret that using marijuana is often related to hunger, but many researchers have identified that it is THC that stimulates appetite. CBD oil benefits, however, may affect the metabolism and appetite in three ways.

First, it may stimulate the production of proteins that help break down fat. CBD may also stimulate mitochondrial activity, which could boost metabolism (calorie burn). Research reveals that cannabidiol may also reduce the proteins responsible for the creation of new fat cells as well. All of this information led researchers to look at CBD oil as a potentially effective supplement for aiding weight loss efforts and controlling hunger.

To set the record straight, cannabidiol is not a sleep-inducing supplement. While some strains of marijuana have shown to help induce relaxation and sleep, cannabidiol itself may actually be useful for promoting energy and focus. However, there are still many potential CBD oil benefits for sleep.

Some studies show that cannabidiol may be an effective therapy for even chronic insomnia because it stabilizes sleep-wake cycles. By aiding the Endocannabinoid System in regulating homeostasis and metabolic processes, CBD is possibly able to create regular sleep routines, making it easier for people who usually have difficulty falling asleep to get a good night’s rest.

Cannabidiol's potential to promote energy and focus during the day has also been blamed for its potential positive effects on sleep. Burning energy during the day only logically results in better sleep at night.

Using CBD oil for pain is an increasingly popular trend, probably because so many people see great benefits. Researchers say that cannabidiol and other full spectrum cannabis products may be able to interact in the spinal cord to suppress neuron responses to pain. Cannabidiol may also help reduce inflammation that causes pain and swelling, whether due to injury or health condition.

As a result, CBD oil's list of potential benefits usually include the treatment of arthritis, and many people opt for CBD and cannabis products when treating post-operative pain as well.

In some cases, CBD has shown the potential to replace habit-forming narcotics, like opioids. This has encouraged many patients dealing with chronic pain to buy CBD oil and talk to their doctor about making the switch. Just The Tip Of The Iceberg

What we know now about some of the cannabinoids in the cannabis plant as well as the ECS in the body is truly only the beginning. Cannabis contains so many cannabinoids that we have not uncovered, and many known cannabinoids still have not been researched in full. Many researchers suspect that the other cannabinoids have just as many medicinal uses. Some researchers in Israel are currently looking at the effects of different combinations of cannabinoids, including the lesser known ones like CBN and CBG.

Finding and understanding the ECS was a crucial first step to identifying the way cannabis reacts with our anatomy, and now researchers are buzzing like bees to honey to complete more research for the worthy cause. Many people who have ventured out to buy CBD oil have been pleased with their results, and furthering research on the cannabinoid could result in even more happy patients. 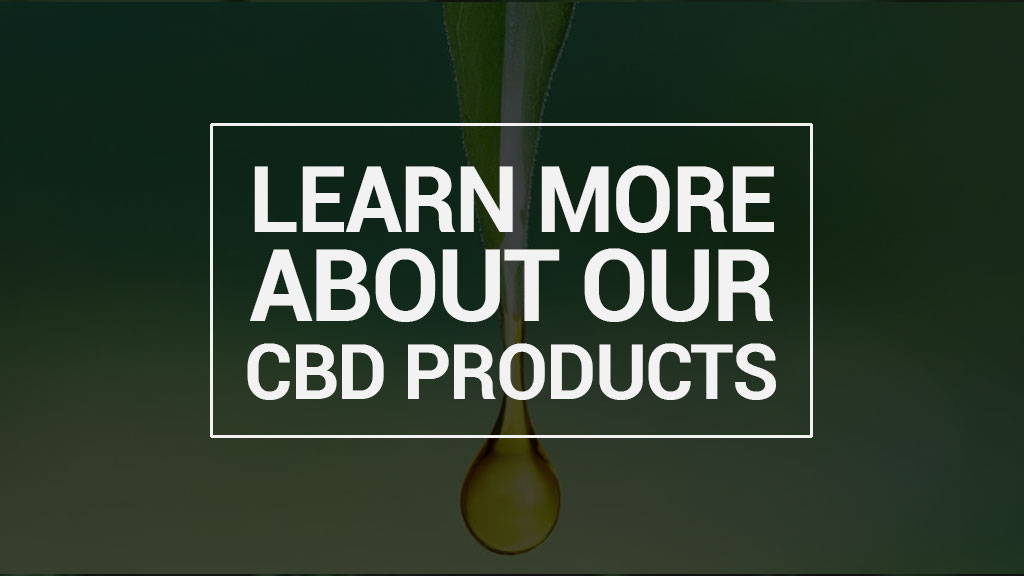 Can You Use Delta-8 for Back Pain?

Here's what we know about using Delta-8 for all types of back pain:
Read More